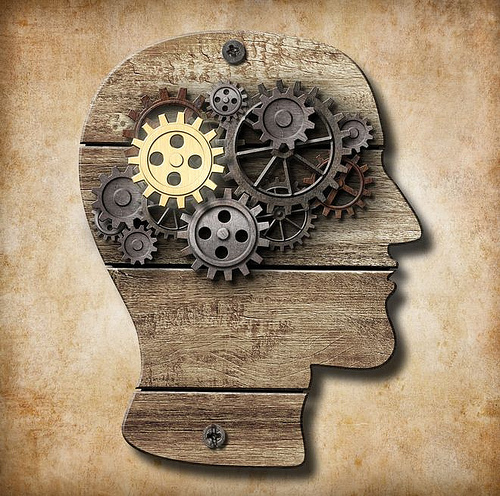 About 9 months ago, I had a realization.  It seems obvious to me now but I was blind to this fact for quite some time.  In dealing with the fluctuating nature of stuttering (good days, bad weeks, good months etc.) the difference between good days and bad days had finally occurred to me.  On the days my speech was good, where I was highly fluent, I had a high ratio of “automatic” speech.  On days where my speech was bad (less fluent) I had a significantly lower ratio of “automatic” speech and had to control my speech more manually and consciously to get my words out.  This realization felt relatively powerful to me.

At this time, I was already on this journey of insight gathering and trying to learn about stuttering, so I started to look more into automatic abilities.  And just to define the term, an automatic ability is an action that can be performed nearly effortlessly.  It does not take much attention, if any.  It is usually a skill that a person has mastered.  People have many different automatic abilities.  For example, if I am sitting on my couch and I want to walk to the fridge, I just get up and walk to my fridge.  I do not think about it or have to lend any attention to the mechanics of flexing my leg muscles to stand or anything like that.  I just know how to do it and I just do it.  This is an automatic ability.  A list of automatic abilities would include walking, running, driving, biking, etc.  These are things we just know how to do without thinking about them.  Now, for most people (except people who stutter) speaking is an automatic ability.  For people who stutter (myself included) speaking on “automatic” mode does not happen consistently.

Building off of this realization, I posed what I believe to be an interesting question to myself.  Why is speech the only automatic ability that breaks down (stuttering)?  Why does nobody have blocks or stuttering-like behaviors with any of the other automatic abilities?  Why is there not a disorder for someone’s automatic mode of walking/running/driving/biking etc. ending up broken (for lack of a better term) but there is a condition we call dysfluency/stuttering where the automatic mode of speaking is not functioning properly?  What is different about the automatic skill of speaking that leads to this disorder we call stuttering/dysfluency in comparison to the automatic skills of walking etc. which do not lead to stuttering-like disorders?  More concisely, nobody “blocks” when they walk.  So why do people “block” when they talk?  Both are skills that can become automatic.

A simple answer would be speaking is a more complex task.  It is dealing with fine motor, breath, vocal fold vibration etc.  While there may be some credence to this view, I looked deeper and do not think the above is a significantly contributing cause.

Let’s start with the first one I listed.  Now this gets somewhat technical so bear with me.  “The very intertwined nature between thought and speech plays a role.”  Let me explain further.  Thought is metaphysical.  Speech is physical.  Thought is in the realm of consciousness.  The production of speech itself is a physical act involving the contracting and relaxing of muscles.  Thoughts and words are completely unphysical.  They are ideas and symbols in the human mind.  You cannot show me a thought in the form of matter.  So speaking is a physical act but thinking is metaphysical.

On the other hand, with the physical act of speaking (moving articulators, vocal fold vibration), the intent of the act is not physical but metaphysical.  The intent of the physical act of speaking is not the physical movement of your speech apparatus.  This is not the intent at all.  The intent is actually the sharing of metaphysical thoughts, words and ideas.  So, in the case of speaking, the purpose of the action is metaphysical (sharing ideas, words and thoughts), however, the act itself is physical (speaking).  In this case the purpose of the act and the act itself are in different realms.  One is metaphysical (expressing thoughts) and the other is physical (physically moving your speech apparatus).  This is one reason the automatic ability of speech can become stuttered however nobody has a “stuttered” walk or blocks when they walk.  This is partially why nobody “blocks” when riding a bike but they do block when speaking (people who stutter like me).  With speaking, the intent of the action is in the metaphysical realm (sharing ideas).  However the actual action (physically moving speech apparatus) is in the physical realm.

Let me explain further.  Words, thoughts and ideas exist in our minds.  In our minds, they are whole.  They are timeless.  They completely lack a physical nature.  You cannot make a thought manifest physically.  You cannot show me the physical matter that is your thought.  However, in this physical world, the only way we can communicate with another being is through physical action.  The way that we communicate our thoughts and ideas with relative precision is through language.  The way we express language in this physical world is through sequential movements of our speech apparatus.  So, in order to express these words, thoughts and ideas that are whole, timeless, and metaphysical takes broken down physical speech acts in a sequence over time.

Interestingly, people who stutter show more activity in the right hemisphere of their brains when speaking than their fluent counterparts.  Fluent speakers show more activity in their left hemisphere when speaking.  The right hemisphere deals with holistic things.  It deals with complete pictures and things in their whole form.  The left hemisphere is more linear.  It deals with things like sequence and time.  This lends some credibility to the view I am sharing.  The person who stutters is trying to share the whole meaning of their expression with the right side of their brain.  The person who is fluent is using the left side of their brain to sequentially string together speech sounds that will communicate meaning to their listener.

Just a quick note on words.  Words are a unit of meaning.  However, we express words through sequential movements of our speech apparatus that result in sound.  The person who stutters sometimes may be trying to share whole words at a time which is impossible.  You must sequence the speech movements that correlate to the word over a span of time to communicate the thought you are trying to communicate.

So one piece of the puzzle of stuttering is that we who stutter, want to express our thoughts.  We want to make our thoughts manifest.  We try to make meaning manifest physically.  This will cause a block as meaning (ideas, words) cannot manifest physically.  What can happen, and this is relatively deep is, we can cause a change in the physical environment with our speech apparatus that will be interpreted by our listener as meaning.  The physical world functions as the medium through which we share metaphysical ideas in our minds.

However, we must be aware subconsciously that speech itself is a purely physical act.  When we move our lips, tongue, jaw etc., these movements have no inherent meaning.  It is simply a physical act.  People who stutter (myself included), pair meaning with the movements.  There is no meaning in the movement.  It is as though we think the speech movements themselves carry meaning.  There is meaning in your thought, however you must make inherently meaningless physical movements to express that thought.  People who stutter try to make meaning manifest physically.  This is impossible.

As people who stutter, we must separate the physical act of speaking from the metaphysical thought.  Part of the problem is we have these two things intertwined.

Try babbling.  There is no meaning to babbling.  They simply are meaningless movements of the speech apparatus.  Ironically, this is also true of making speech sounds that are interpreted as words.  However, when us people who stutter, according to my theory, speak in words, we attach meaning to the movements.  This can cause blocks.  I know I could babble all day long and not stutter once.  I am working on designing other treatment practices that help to separate physical speech from metaphysical thought.  Babbling is one exercise I currently use.  Observe the meaningless nature of moving your speech apparatus as you babble.

My view is not complete.  As I mentioned earlier, time plays a role and control also plays a role in dysfluency/stuttering and in some ways all of these elements play off one another to create stuttering.

I will address the role of time and control in my next couple of posts.

I want to close with this.  The ability to express the metaphysical (our thoughts and ideas) is among the most mind-blowing things in existence when you really get to reflecting.  Speech and language are truly fascinating areas of study and they speak to the essence and nature of the human soul.