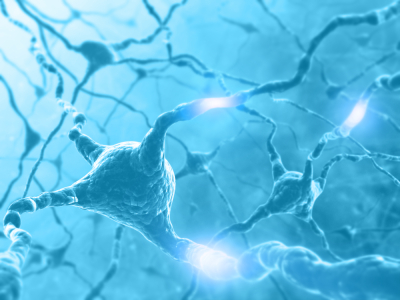 Preface: The theory put forth below deserves consideration in shedding light on the nature of stuttering.  I am aware of the possibility that the theory may not actually contribute to explaining the true nature of stuttering.  However, the rationale that builds its case merits both consideration and further exploration.  If you have an interest in stuttering, I believe it is worth taking the time to understand.

Any theory that attempts to explain the nature of stuttering must be able to adequately address its phenomena.  One of the most well-known and puzzling phenomena in regards to stuttering is the fact that many people who stutter are fluent when they are alone.  Viewing this objectively, you see that a change in the environment (alone vs. with others) of a person who stutters affects their ability to control their speech.  Puzzling, huh?

Speaking is complex.  It involves the formulation of language.  However, the physical performance of speech (“speaking out loud”) is a motor task.  It is movement of the articulators (lips, tongue etc.) as well as breath control and vocal fold vibration.  People who stutter know what they want to say.  The problem arises when they go to make the speaking movements to “say out loud” what they want.  Quite simply, the movements don’t happen and they experience a “speech block” or stutter.  Something goes wrong with the motor execution.

So, how is it that a motor ability (speaking) can be so dramatically affected by changes in the environment?  How is it possible that a person can speak quite fluently in a room on their own, and the moment another person enters that same room, they become unable to perform the exact same motor ability (speaking)?  How is it that speech movements are inhibited (speech blocks) in the presence of another person but free to flow when alone?  How does environment which is “outside of us” dramatically affect a voluntary motor movement (speaking) of our bodies which is controlled “inside of us”? Quite puzzling indeed.

So, even if you sit perfectly still and simply observe people in the environment around you, your neurological system that is responsible for movement is active.  It is mimicking what it would need to do to perform the same actions you are observing others doing.  This means that when you are simply observing others move, the parts of the brain that are responsible for your own movement are active; the spine receives neurological impulses from the brain to perform movement; the parts of the body which you are observing being moved are receiving movement impulses.  In essence, when you observe another person perform an action, your neurological system rehearses the same action.

So, you might ask, if your neurological system is mimicking the movements of others, why aren’t you yourself performing the same movements?  Good question, and an important one in explaining stuttering.  It’s because there are systems in place to prevent you from physically performing the movements.  After all, it would not be helpful if everyone was walking around mimicking every movement they observed.  Therefore, there are systems in place that inhibit/block the movement your neurological system is rehearsing.  So despite the neurological system “acting out” movements in a sense, the physical result is an absence of movement.  This is because the mechanisms that determine whether a movement gets physically performed or blocked/inhibited has determined they should inhibit the movement.

Sidenote:  To learn more about the underlying neurology of movement go here, to part 3.

As you will read later in the post, there is a sub-class of mirror neurons called “echo neurons”.  Echo neurons activate motor systems based solely on sound.  So, if I hear somebody crack their knuckles, the neurological motor system required for me to crack my knuckles rehearses these movements.  More importantly for stuttering, when we hear another person speak, we rehearse these speaking movements in our own neurological system.

Academics who have researched mirror neurons talk about these mechanisms that inhibit movement. Rizzolatti & Craighero (2004) state, “the absence of any overt movement during such situations must involve inhibitory mechanisms that allow smooth transitions from execution to observation.”, and, “”We suggest that the mirror neuron system is involved in the withholding of unwanted movement during action observation. Mirror neurons are differentially recruited in the behaviour that switches rapidly between making your own movements and observing those of others.”  Vigneswaran, Philipp, Lemon, & Kraskov (2013) adds, “Suppression neurons reversed their activity pattern and were actually facilitated during execution.”

Side note: If you have read my piece on the relationship between “inner speech” and stuttering you are likely seeing some parallels in that theory and this one.  The two theories coexist and combine to make a larger, more comprehensive theory.  I will talk a bit more about this at the end.  That piece is here if you are interested.

The problem arises when it is the person who stutter’s turn to talk in the conversation.  The neurological system that was inhibiting movement when the conversational partner was talking is now supposed to enable speech and perform the speech movements.  However, it continues to inhibit speech actions as though they should be suppressed and not said out loud.

A bit more on mirror neurons:

Mirror neurons are the subject of discussion across a large number of academic disciplines.  They were accidentally discovered in the 1990’s by Dr. Giacomo Rizzolatti, an Italian neurophysiologist.  While Dr. Rizzolatti was doing research on the neurology of motor movement in monkeys, he observed something unexpected.  He noticed that when the monkeys were completely still (no movement), yet observing human experimenters performing physical actions, corresponding neurons in the neurological systems of the monkeys activated.  These neurons were in the area of the brain/neurological-system responsible for movement.  So, despite the monkeys not physically moving, their observation of the experimenters moving, caused activation in the parts of the brain/neurological-system responsible for movement.  In this experiment, neurological activity was noticed in the frontal and premotor cortex which have a role in motor execution (movement).  He called these newly discovered neurons “mirror neurons” and since that experiment, much effort has been put into gathering more information on them and understanding their function.  Here is a link to an interview with Dr. Rizzolatti as well as more information on this discovery.

Neuroscientists and academics from a variety of disciplines theorize that this neurological activity of mirror neurons serves a very important developmental function.  As a child/person is growing and developing, they are able to begin learning motor skills simply through observation.  As a child watches their parent smile or walk around, they are performing a covert neurological rehearsal of these movements.  A very familiar slogan that applies here is “monkey see, monkey do”.  Mirror neurons make that saying even more applicable, because as a monkey is watching another monkey perform an action, their neurology is rehearsing that same action covertly.

It is also suggested that mirror neurons play an important role in intention understanding.  As we watch another person do something, we can better understand their intentions and rationale as we are covertly performing the action ourselves.

To bolster and confirm some of the my assertions, let’s take a look at some articles from peer-reviewed academic journals.  I am going to number and list each source and provide relevant quotes from each one.  Following my list of sources and relevant quotes, I will continue with more thoughts about mirror neurons in general and their possible relationship to stuttering.

“Essentially, mirror neurons respond to actions that we observe in others. The interesting part is that mirror neurons fire in the same way when we actually recreate that action ourselves.”

“In another experiment, they showed the role of the mirror neuron system in action recognition, and proposed that the human Broca’s region was the homologue region of the monkey ventral premotor cortex. Subsequently, a study by Ferrari Pier Francesco and colleagues described the presence of mirror neurons responding to mouth actions and facial gestures.”

“In both humans and monkeys, the mirror system also responds to the sound of actions.”

“The fact that the observation of actions like hand grasping activates the caudal part of IFG (Broca’s area), neuroscientists proposed that the mirror mechanism is the basic mechanism from which language evolved.”

“We suggest that the mirror neuron system is involved in the withholding of unwanted movement during action observation. Mirror neurons are differentially recruited in the behaviour that switches rapidly between making your own movements and observing those of others.”

“The discovery that PTNs have mirror neuron properties raises at least two important issues. First, it demonstrates that even the executive components of the motor cortex are involved in situations in which we observe the actions of others, and second, it emphasizes that the absence of any overt movement during such situations must involve inhibitory mechanisms that allow smooth transitions from execution to observation.”

“► PTNs in primary motor cortex show mirror properties ► These neurons project to the spinal cord, but no overt muscle activity was detected ► Compared with execution, mirror PTNs reduce or abolish discharge during observation ► Disfacilitation of mirror PTNs during observation may prevent unintended movement”

“Suppression neurons reversed their activity pattern and were actually facilitated during execution.”

“Is there any evidence that humans possess an echo-neuron system, i.e., a system that motorically “resonates” when the individual listens to verbal material? There is evidence that this is the case.”

“Taken together these experiments show that an echo-neuron system exists in humans: when an individual listens to verbal stimuli, there is an activation of the speech-related motor centers.”

“Moreover, a sub-class of mirror neurons – echo neurons – responds both to executing an action and to the sound resulting from such an action (e.g. the action and sound of crushing a peanut).”

I combine my explanations above on the role of mirror neurons in stuttering with my explanations on the role of inner speech (here) in stuttering.  I assert that these two theories illuminate significant elements of the core of the stuttering condition.  I also combine these theories with assertions I’ve made regarding interference with the automoticity of speech due to a person who stutters attempts to control speech (here). The above listed assertions make up the Mirror Neuron-Inner Speech-Automoticity Theory.

Stuttering is the result of the over-inhibition of the musculature involved in speech production by the neurological system which prevents the movement necessary for speech production.  A significant factor in this over-inhibition is the difficulty the neurological system of the person who stutters has in differentiating between voluntary speaking actions and other motor rehearsals whose movement inhibition is desirable.  These motor rehearsals include inner speech, motor imaging, and mirror/echo neuron rehearsals due to interaction with, and observation of the environment.  As a result of the person who stutters experiencing this over-inhibition of speech movements, they begin attempting to consciously control their speech, which is naturally an automated process.  This attempt to control speech further complicates the stuttering condition.  In addition, the totality of the stuttering condition expands further as it is stigmatized due to its nature being misunderstood.  The attempt to control speech as well as the person who stutters interacting in an environment that stigmatizes the stuttering condition, results in a variety of other manifestations that often co-exist with the core stuttering condition (secondary behaviors, social anxiety, etc.).

Other thoughts and speculations: