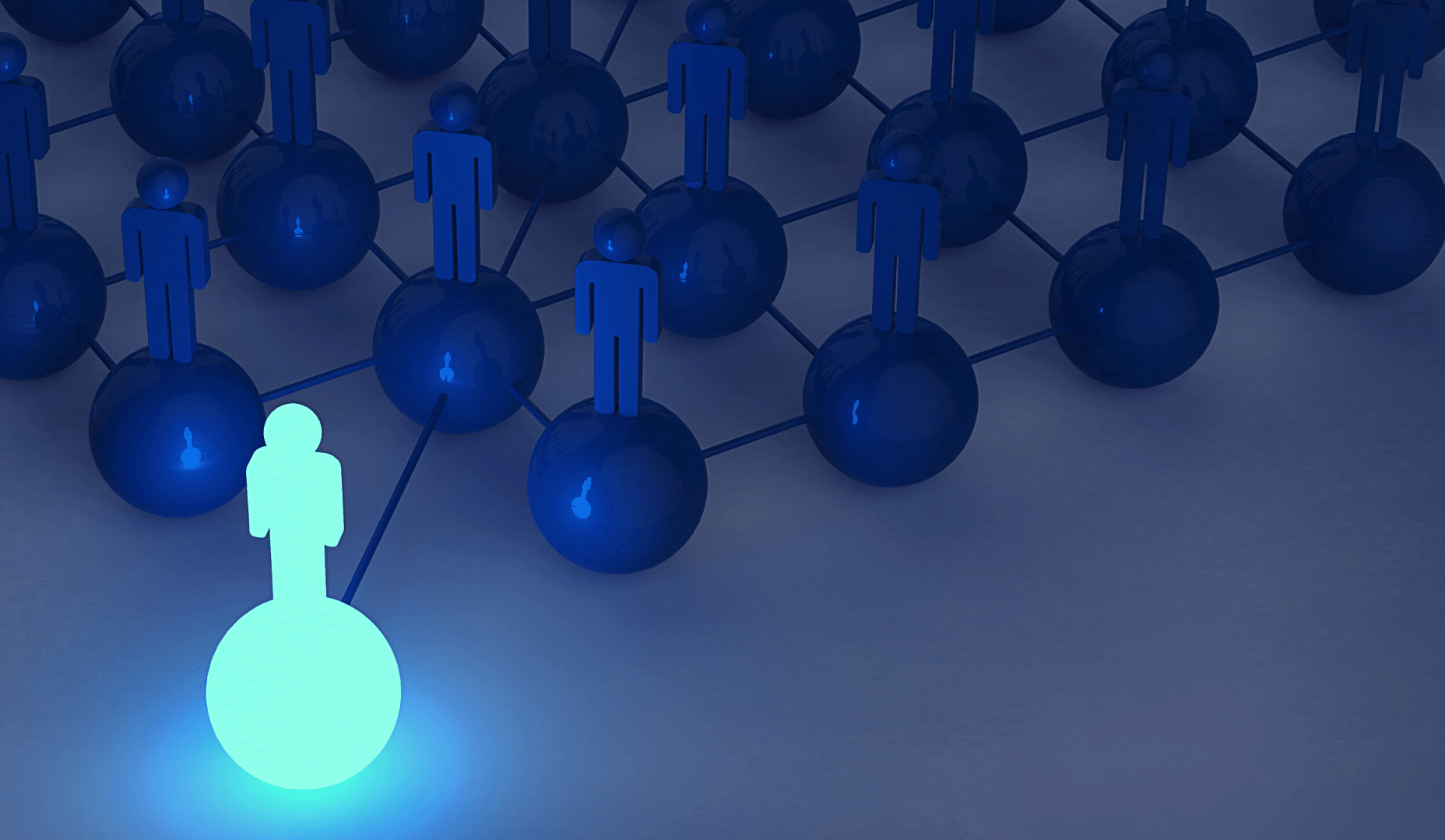 Preface: The hypothesis laid out in this piece offers considerable information that is compelling in explaining many of the phenomena of stuttering.  It merits consideration and further investigation.  I suggest one reads with an open mind and in its entirety before making judgments on its merit.

The above graphic depicts human roles and human interaction.  After some explanation it will aid in graphically explaining why stuttering fluctuates from person to person and situation to situation.  We’ll dive more deeply into this graphic after the explanation.

Synopsis:  Self-suppression is required for the human species to function as a whole.  If individuals expressed every thought/emotion and acted on every impulse, the species could not function nor survive.  This places a high evolutionary value on self-suppression.  There are environmental mechanisms that contribute to self-suppression such as “the socialization of a child” (Aronfreed & Reber, 1965).  Certain unwanted actions and expressions come with adverse attachment consequences (withdrawal of parent affection or punishment).  This contributes to the child/individual beginning to self-suppress.  There are also genetic contributors to self-suppression such as inherited shyness (Schmidt & Spooner, 2005).  Stuttering is also a condition with significant genetic contributions (Kraft & Yairi, 2012).  This trait has value to the species as a whole in contributing to the self-suppression of individuals just like shyness and “socialization” do.  In this way stuttering serves a valued purpose to the species as a whole (by helping meet the need for self-suppression).  The human species requires a variety of roles to be performed for the social group or civilization to function as a whole (Eusociality, 2020).  This is similar to the social species of the honey bee.  There must be worker bees, drones, and a queen for the hive to function and survive.  Each individual bee must perform its specific role (Page, Scheiner, Erber, & Amdam, 2006).  The same is true in human groups and civilizations.  A variety of roles must be filled for the species to function as a whole.  There must be presidents and there must be laborers.  There must be tribal leaders and there must be medicine men.  There must be caretakers and their must be children.  There must be CEOs and there must be custodians.  Without these organized-role-structures within the species, it can’t function.  In order to ensure certain roles get occupied, genetic mechanisms produce individuals with varying strengths and weaknesses to be “specialized” to fill needed roles.  Stuttering is one of these genetic mechanisms.  The stuttering mechanism attempts to block an individual who stutters from occupying certain roles (Sheehan, Hadley, & Gould, 1967).  This relegates them to other roles that need filling.  Hierarchy within the species and role specialization contributes to what types of interactions and expressions the stuttering mechanism “chooses” to activate in and which ones it does not (Sheehan, Hadley, & Gould, 1967).  This valued evolutionary mechanism helps ensure the proper distribution of specialized roles within the species to function.  The genetic stuttering mechanism is of benefit to the species as a whole but is often frustrating or detrimental to the thriving of the individual with the trait.  It’s evolutionary genetic payoff is “role-blocking”.  The stuttering mechanism activates to block an individual from occupying certain roles (Gerlach, Totty, Subramanian, & Zebrowski 2018).  This is why a person who stutters can speak stutter-free or with less stuttering in some interactions and stutter profoundly or significantly more in others.  Based on the role-dynamic of the interaction the stuttering mechanism either activates or lies dormant.

Why does a person stutter differently with different people?  Why do some people who stutter stop stuttering when talking to children or their pet or with certain people but not others?  Why does stuttering become more severe with certain types of individuals and less severe with others?

These are some of the age-old questions about stuttering that have yet to be satisfactorily answered.

This piece proposes a human role mechanism which interacts with stuttering or is inherent in the nature stuttering.  I’m confident if you read the piece in its entirety, you’ll find the puzzle pieces fit neatly to unveil profound aspects of the stuttering condition.  We’ll also dive in to how to use this information in a practical way to self-treat if desired.

As humans, we play a variety of different roles throughout our day, week, and lifespan.  One person may play the role of son, husband, father, employee, coach, etc. all in the same day.  Another person might play daughter, mother, doctor, neighbor, etc.  This is part of being human; playing different roles with different people.

Even within these roles, there are micro roles.  For example a doctor doesn’t simply occupy the same role as “doctor” with all his/her patients.  Each patient brings a different dynamic to the role.  One patient may require a sympathetic consoling doctor while another requires a more formal informational approach.  The doctor interacts with nurses with different personalities which pulls upon different roles for the doctor to play.  So, even within these general “roles” that we play such as “doctor”, there are a wide variety of micro-roles.

Before diving more deeply into “stuttering as a role-blocking mechanism” it is necessary to have a general understanding of my previous post; Stuttering: An Evolutionary Hypothesis.  The points of this previous post are summarized in the six bullet points below sufficient enough to follow this current post.  They are as follows:

Now that the above has been covered we can begin to explain stuttering more thoroughly as a role-blocking mechanism which serves a species wide payoff evolutionarily.  The assertions made are compelling in explaining the variability of stuttering from one interaction to the next.  The reason for this is because the stuttering mechanism’s job is to block the person who stutters from occupying certain roles within the species.  Usually, the roles it blocks a person from occupying are the more desirable ones.  The species needs to have subservient roles filled such as labor jobs etc.  These roles are less desirable often times, however, they are indispensable to the function of civilization and tribes.

While each person who stutters has a somewhat unique pattern of what causes their stuttering to fluctuate from person to person, there are numerous general rules in which stuttering increases.  People who stutter usually stutter more with people higher on the hierarchy than them.  They stutter more with figures of authority.  People who stutter often stutter more when interacting with the opposite sex or when trying to attract a mate.  People who stutter often stutter less with people perceived as lower on the hierarchical structure such as individuals “beneath them” or children.  Many people do not stutter at all when they are not performing in any role; when they are alone.  In this case, they are not playing a role to anyone else.  This is the genetic stuttering mechanism performing its job.  It is suppressing certain individuals from occupying more desirable roles in order to serve the species system as a whole.

Let’s look at the graphic again:

Depending on the specific dynamic of the interaction, which there are thousands to millions of ways roles can interact with one another, the stuttering mechanism “makes a decision” as to whether the person who stutters is allowed to express themselves or not.  This can explain the very puzzling variability of stuttering from interaction to interaction.  A person who stutters is often mystified.  They have a conversation with somebody and their speech flows incredibly well.  They walk over to another person where the interactive role dynamic has changed and all of a sudden their speech is blocked and they are stuttering.  This evolutionary hypothesis that stuttering is a valued evolutionary mechanism to serve the species as a whole by blocking individuals who stutter from occupying certain roles within the species to force them to fill other needed roles can function to explain numerous elements of the condition.  It can explain the variability of stuttering from interaction to interaction.  It can explain the genetic element of stuttering (there are genes for it because it has an evolutionary payoff).  It may even explain the 4:1 male:female ratio of stuttering as males throughout evolutionary history are more involved in the hierarchical elements of the species.

MAKING THIS PRACTICAL FOR SELF-TREATMENT

In order to combat some of these elements for the person who stutters that is working to “self-treat” and diminish their stuttering symptoms, it may be advantageous to work on one’s own self-image and their perception of others.  By altering how one views themselves and others, this can impact how the unconscious mind interprets interactive role dynamics and bring with it more “stutter-free interactions”.  Seeing one’s self as a leader and others as equals or less than on the hierarchical ladder may be a methodology to alter when the stuttering mechanism activates and lies dormant.  Also, just seeing everyone as simply equal on a conscious and unconscious level may be effective.  For those looking to self-treat, altering the unconscious interpretation of role dynamics can serve to make stuttering lie dormant more often.

The extreme frustration often experienced by a person who stutters is the stuttering mechanism seems particularly astute at activating when the person is trying to be the “true self”.  This is what can cause severe levels of depression and frustration in the person who stutters.  Much of life is about expressing, manifesting, and actualizing the true self.  The stuttering mechanism seems particularly keen on blocking the expression of the “true identity”.  This is one role it often “decides” to “block” a person from expressing.

I have compared stuttering to other conditions such as the yips (here).  The stuttering mechanism may not be exclusive to speech.  Part of this mechanism may be an “anti-shine” mechanism.  It’s goal is to disallow an individual from occupying a role of high status.  This is why “the yips” can manifest in high pressure sports situations that if the person executes a sports movement that will allow them to occupy a high hierarchical position within their field, the yips exerts itself and prevents the performance of the action.

Stuttering, of course, as many theories put forth have explored interacts with conditioning as well.  Here is one such piece that dives deeply into the conditioning element that also affects stuttering.

People often despise the “shining” or profound success of others.  This may also be a species mechanism to keep people within the lower realms of the hierarchy.